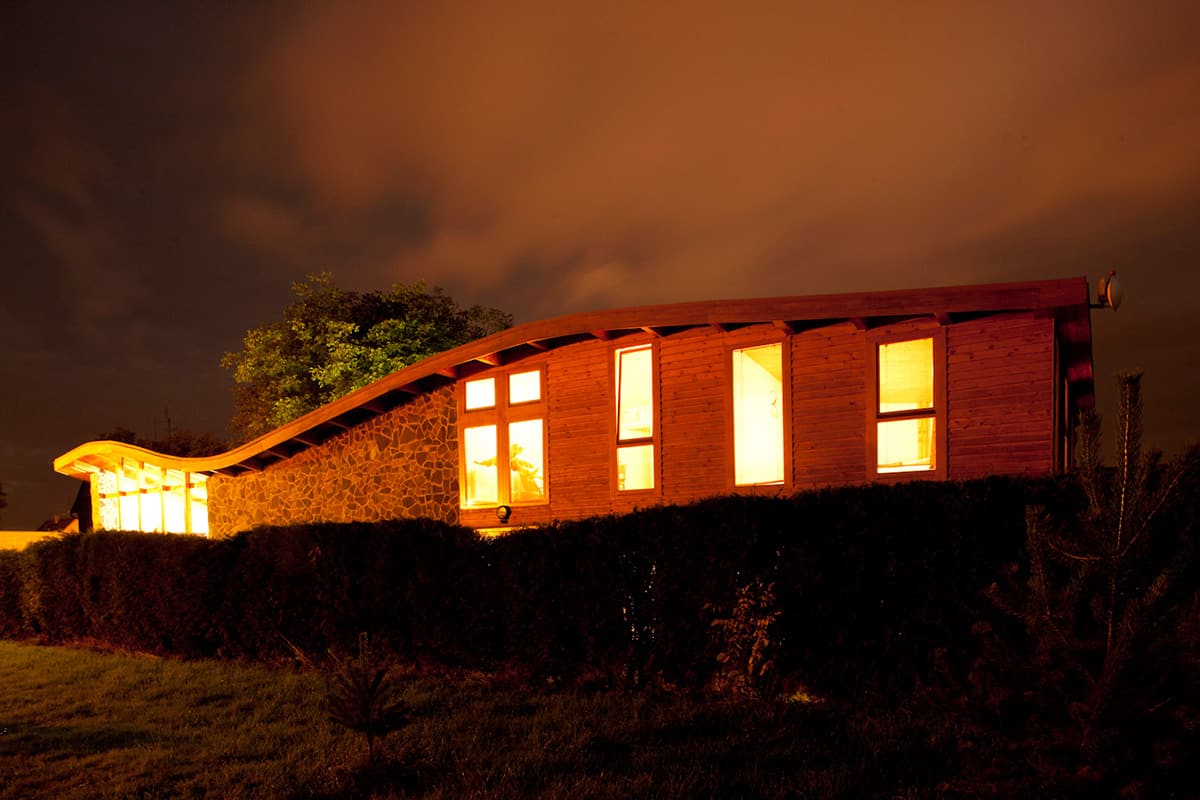 House with a studio

The form of the house is a sculpture whose shape twists and rolls over two opposite and flowing curves. The house itself is designed as a long hall with its living part on the garden side and a studio on the road side. The curve incorporates the necessary heights of individual rooms and a northern-bound slant on the roof. It enables lighting the studio by means of a large skylight and simultaneously avoids shading the neighbouring lot.

“Waves on a plane are a result of a creative storm – a dialogue of architect Petr Tuček, a supporter of rather restrained or strict shapes, and artist Michal Trpák, whose work places him among those who advocate a more organic vision of the world. As two South Bohemian natives who have known each other for a long time, they were able to come to an agreement. Thanks to generation and creation concordance, a building which hasn´t many companions in modern Czech architecture, came into existence.” – Matěj Šišolák (Home magazine) 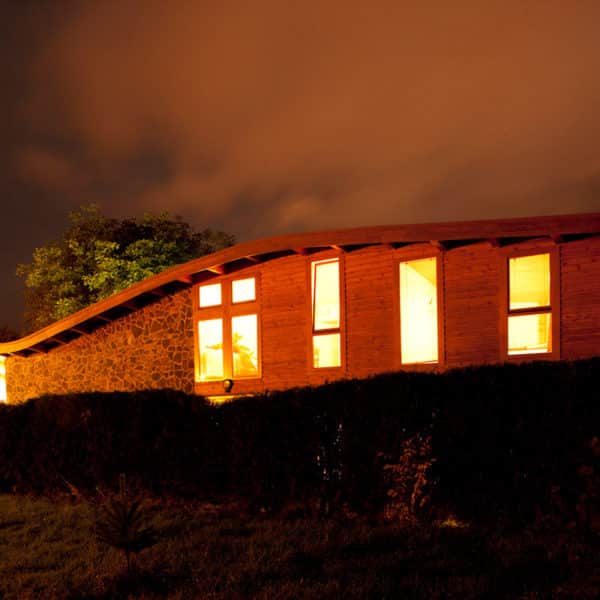 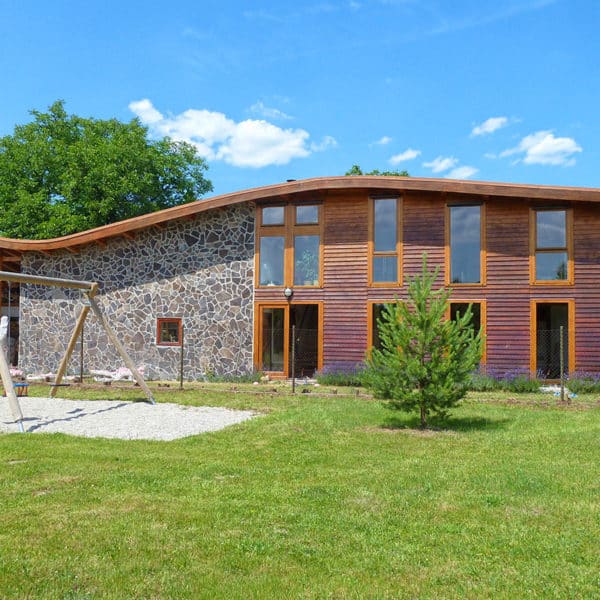 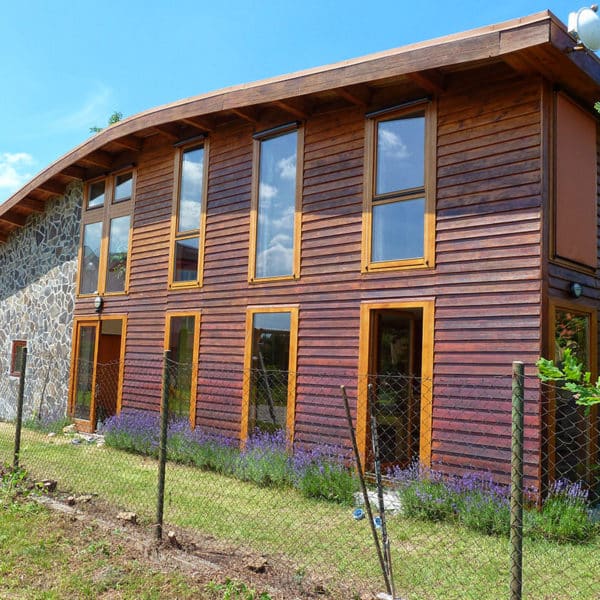 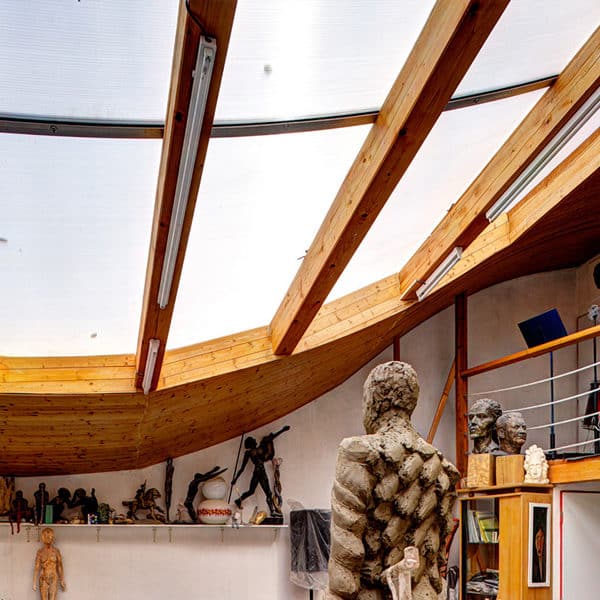 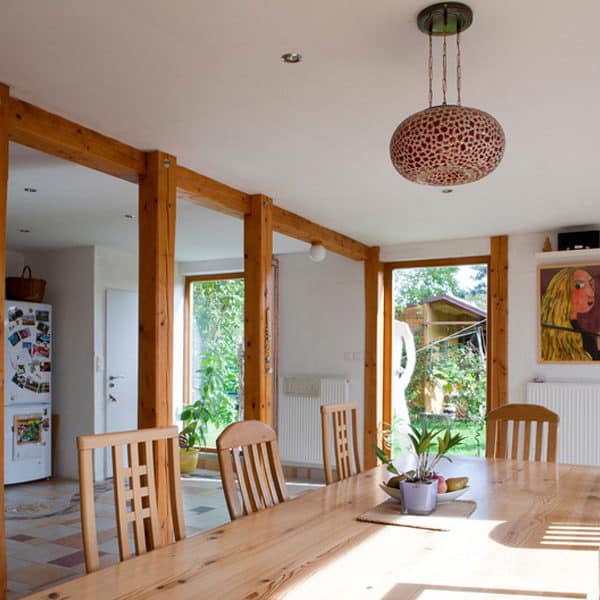 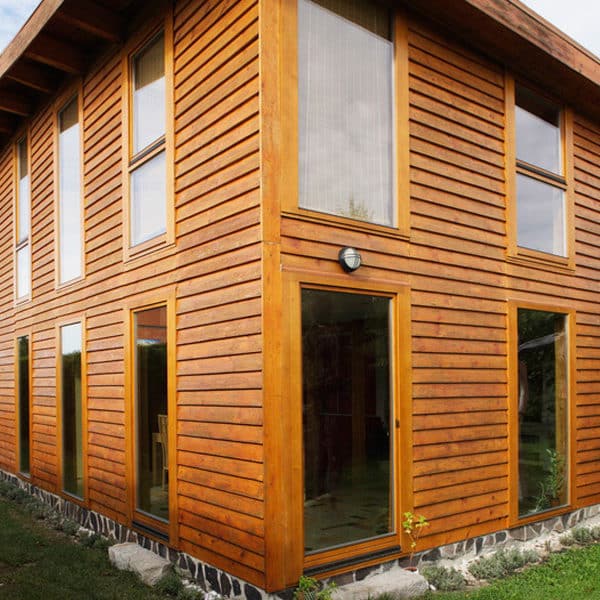 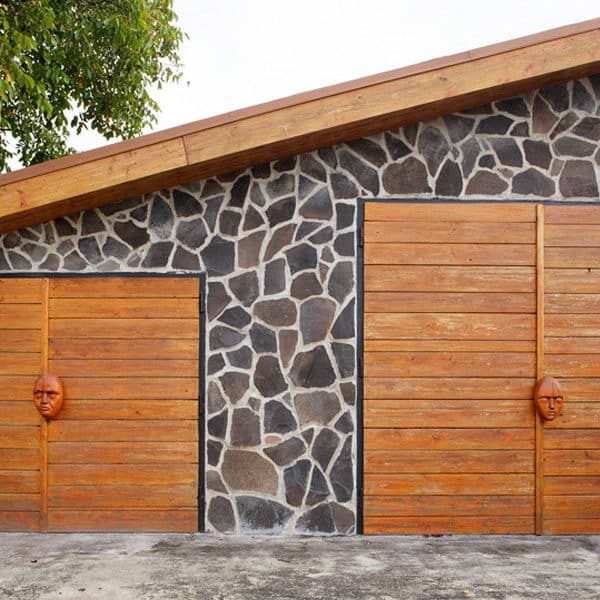 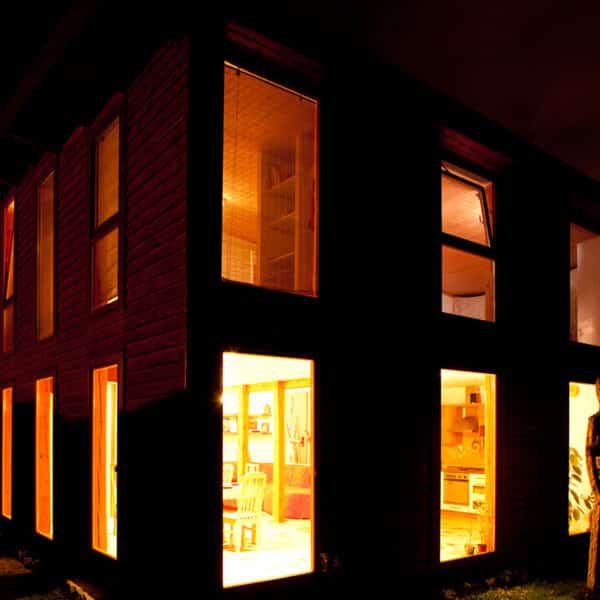 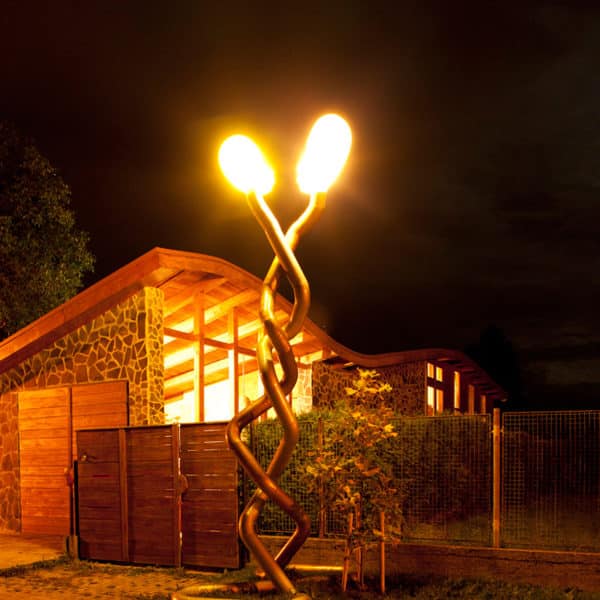 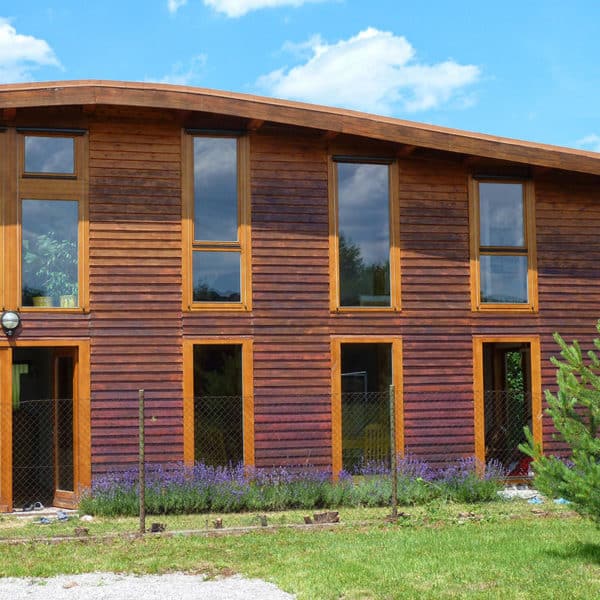 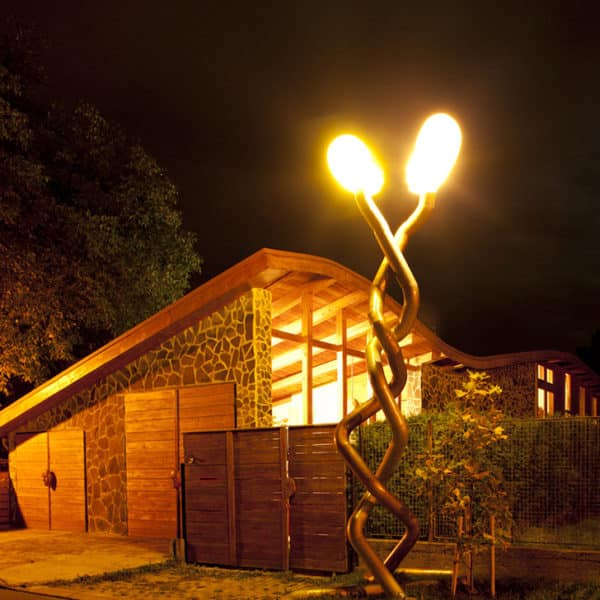